The prey drive of cats is well-known. This is why so many cat owners find dead birds and mice as “presents”. But what happens if you have a cat and a rabbit in the same household.

Can cats kill rabbits? There is a risk that your pet cat will go after some smaller or baby rabbits in your area if they feel inclined to. It is rare, as well-fed cats don’t need to hunt for food. Feral cats are a bigger risk to your pet rabbits than domestic ones. Socialize your cat around rabbits and cat-proof your rabbit’s area to be safe.

If so, what can you do about it to stop them? Today we will discuss everything connected with the cat/rabbit relationship.

The short answer is yes. Cats that live a lot of their lives outdoors tend to maintain a strong prey drive and will go after lots of different animals. This could include rabbits – either wild or domestic – depending on their availability. Some cats may simply attack the rabbit for fun, others may kill it, and there are cases of cats eating rabbits – although often only partially.

2)It is Common For Cats to Attack Rabbits?

It is hard to say just how common it is for cats to attack rabbits. We don’t really know what our pets get up to when they leave home unless they bring some evidence back home with them. Some will bring small animals and birds that they kill as presents, but it isn’t as common to find whole rabbits. Still, they could be chasing and attacking domestic or wild rabbits while patrolling their territories without you realizing it. If a neighbor finds evidence of a cat attack on their rabbits, could you be sure that it isn’t your cat that is the culprit?

Under certain circumstances, a cat can kill pet rabbits. As with any prey animal, it all comes down to opportunity. If a cat sees an opportunity to go after an easy target and toy with it, it may do so. It depends on what else is around and the situations. For example, a pet rabbit sleeping in its hutch may not be as interesting as a toy compared to one running around in a run outside. Cats may see this as an invitation to play and pounce on the rabbit.

There is a bigger chance of an outdoor cat killing a rabbit than an indoor cat. Indoor cats don’t have the same opportunity nor the same drive to go out and hunt. If they are content to be indoors and well-fed, why waste the energy heading out to hunt for animals? Outdoor cats may go after rabbits if they feel the hunt will pay off for them. They still have that active prey drive. 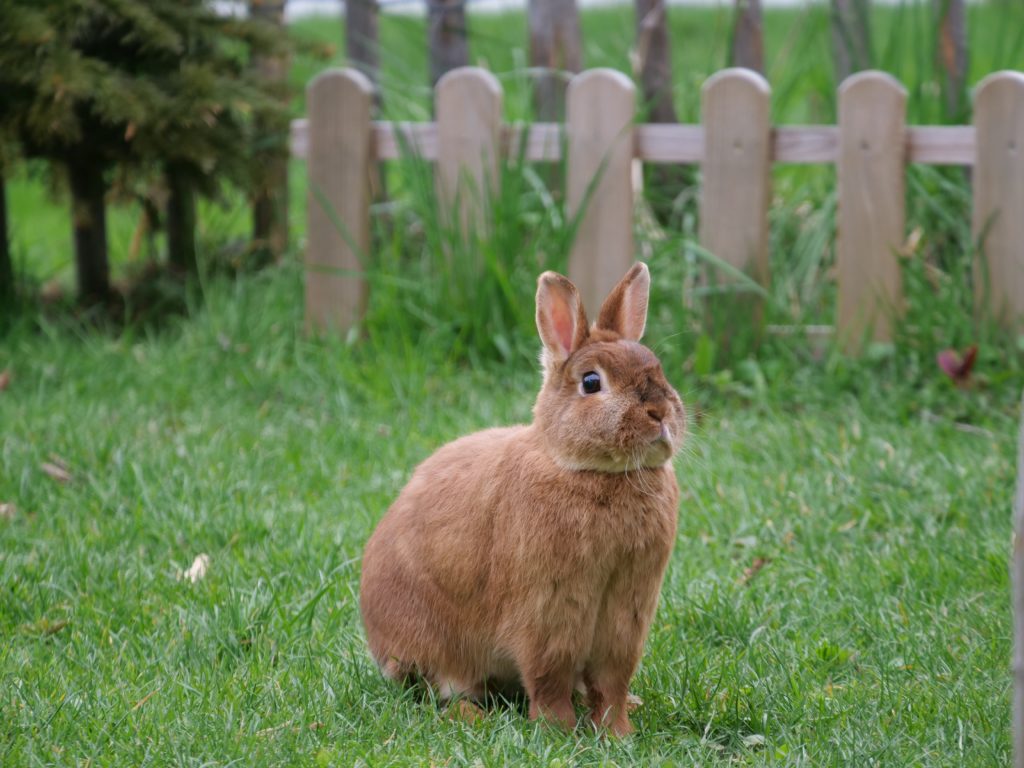 5)Can a Cat Kill a Same Size Rabbit?

The size of the rabbit will have a bearing on the likelihood of attack from a cat. Some cats will take advantage of a litter of baby rabbits because they are just the right size to play with. Some small rabbit breeds could also become prey to larger, stronger cats. But, there isn’t as much chance of a cat going after a rabbit its own size. They have to weigh up the pros and cons, such as the potential for injury. Rabbits still have teeth and claws and strong kick.

6)Can Cats Kill And Eat Rabbits?

It is possible that a cat will eat the rabbit it kills. Rabbit kills aren’t common when there is easier prey, this isn’t the sort of creature that they can toy within the same way as a mouse. The best prey for cats is small creatures they can control and play around with. They can trap mice in their paws, let them go, bat them around, and then choose to kill or let them go. Rats aren’t common prey because they are much larger and will fight back. But, a rabbit could be a good meal for a cat if the opportunity arises.

7)Is it Normal For Cats to Eat Rabbits?

Some outdoor cats may go after a pet rabbit for fun, and may eat some of the animal, but it isn’t common. You may also find that there are partial remains of rabbits because the cat took the head and left the body. This is something that birds of prey do too. A large rabbit body is difficult to carry but the small head is full of nutrients in the brains and eyes.

8)Why Does a Cat Eat Rabbits?

It is mostly feral cats that will kill and eat rabbits because well-fed domestic cats simply don’t need to. Why go to that level of effort when you have a good breakfast waiting for you in the morning? Feral cats need to take advantage of whatever they can get. This could mean stalking wild rabbits or getting into a hutch if they find a good opportunity. They may also find a way to make use of the whole rabbit body if they have kittens to provide for. If a domestic cat decides to eat a rabbit it finds, it could be a sign that they are lacking in important nutrients.

9)Can a Cat Get Sick From Eating a Rabbit?

This is a possibility. It all depends on the rabbit and its state when the cat found it. There isn’t as much risk from a pet rabbit, but some wild rabbits can carry diseases that could, in turn, be passed on to the cat. There is also the risk that some landowners near-by are using baited rabbits with poison on them to control predator numbers in the area. 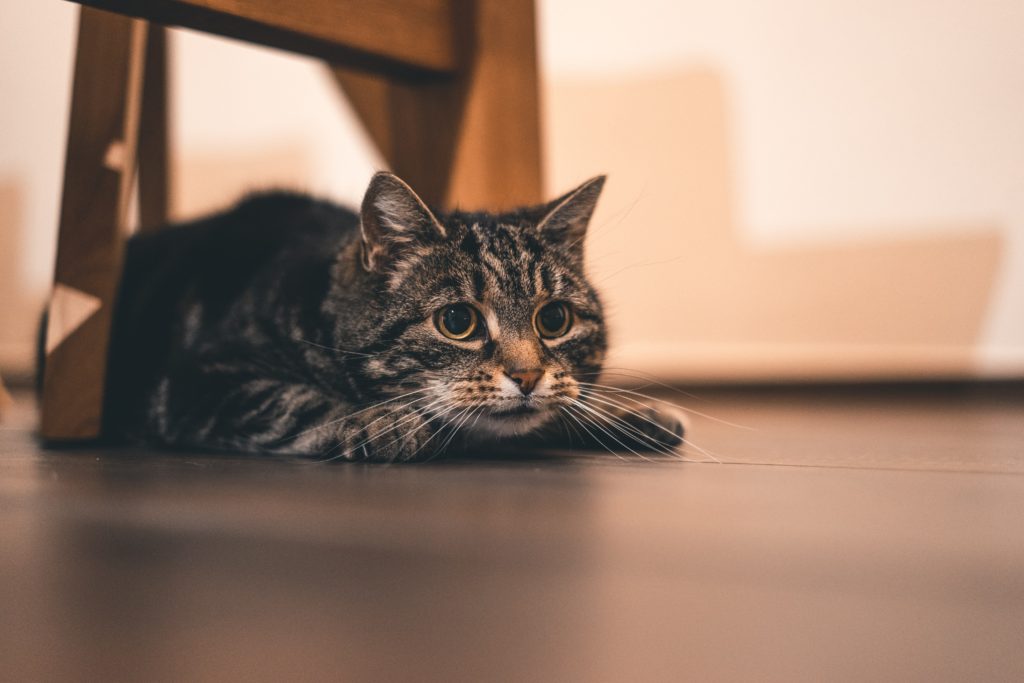 10)What to Do If Your Cat Caught a Rabbit

There could be times where you find your cat with a baby rabbit they caught and the rabbit is still alive. Perhaps the cat just wanted to play with the baby for a while. Get the cat away as quickly as possible and get the rabbit in a quiet, dark place. Don’t fuss over it or try and tend to it. Instead, call a local animal rehabilitation center and have them collect it. The less stress you put on the rabbit, the better its chances.

11)How to Stop Your Cat From Killing Rabbits

Finally, we need to look at what you can do to stop your cats from killing rabbits at all. There are two ways to focus your attention here. You can:

12)How to Stop Your Cat From Wanting to Kill Rabbits

13)How to Protect Your Rabbits From Cats

This is probably the most practical option if you own rabbits because you don’t know whether your cat’s prey drive will take over, especially if they aren’t that keen on training. Also, it protects your rabbits from harm from neighborhood cats – either domestic or feral. You can consider installing:

Today we did our best to cover all the aspects connected with the cats trying to kill the rabbits. Basically, rabbits are just one more toy to play around with for your cat. They might want to just play with them and let them go, or, unfortunately, kill them. It all comes down to your cat’s hunting instinct, but there are a few things you can do to stop this behavior.