If you decide not to spay your female cat, it is important that you are aware of important information regarding their ability to raise litters. Perhaps you are keen to breed from your cat, maybe because they are a prized example of their breed.

How many litters of kittens can a cat have in a year? Because of their frequent heat cycles and 2-month gestation periods, your cat can have 5 litters a year. But the general recommendation is that cats should wait at least 19 weeks before getting pregnant again. So it is best to let your cat get pregnant only 1-2 times a year to maintain their health.

Or, maybe you are happy to bring another generation of cats into your home now and then. Either way, it is important to know how many litters a cat can have. This means understanding how many litters cats can have per year and how many are safe within their lifetime.

How Many Litters Of Kittens Can A Cat Have In A Year?

The first thing that you need to consider with cat pregnancy is how often they could fall pregnant in one year. It is more than you might expect because of their frequent heat cycles and 2-month gestation periods, so your cat can have 5 litters a year. But, this doesn’t mean that you should let a cat become pregnant this often. Too many pregnancies too close together can be stressful and damaging. Breeders need to space them out and owners should be careful about their cat’s activities outside.

How Many Times Can A Cat Get Pregnant In A Year?

The breeding cycle of a cat is a lot different from ours in that they go through more frequent heat cycles. These occur every two to three weeks and act as signals to male cats that they are ready to mate. A successful mating could lead to a pregnancy of around 2 months or so. The timings can vary by a couple of weeks. It is then possible for cats to get pregnant again during the next heat cycle after birth. Some may still be nursing their first litter of the year while getting pregnant with their second. This cycle could lead to five litters in the space of one year, maybe six if they get pregnant right at the start and there are no delays between pregnancies.

How Many Kittens Can A 1-Year-Old Cat Have?

Before you start thinking about how many kittens you might produce per litter, don’t forget that young cats have fewer kittens. Their first litter could be as small as 2 or 3. So, this might not be the time to go into business selling them. Numbers should increase with maturity. Also, don’t forget that not all kittens are guaranteed to survive. The survival rate is about 70-85% and first-time mothers struggle with their instincts. 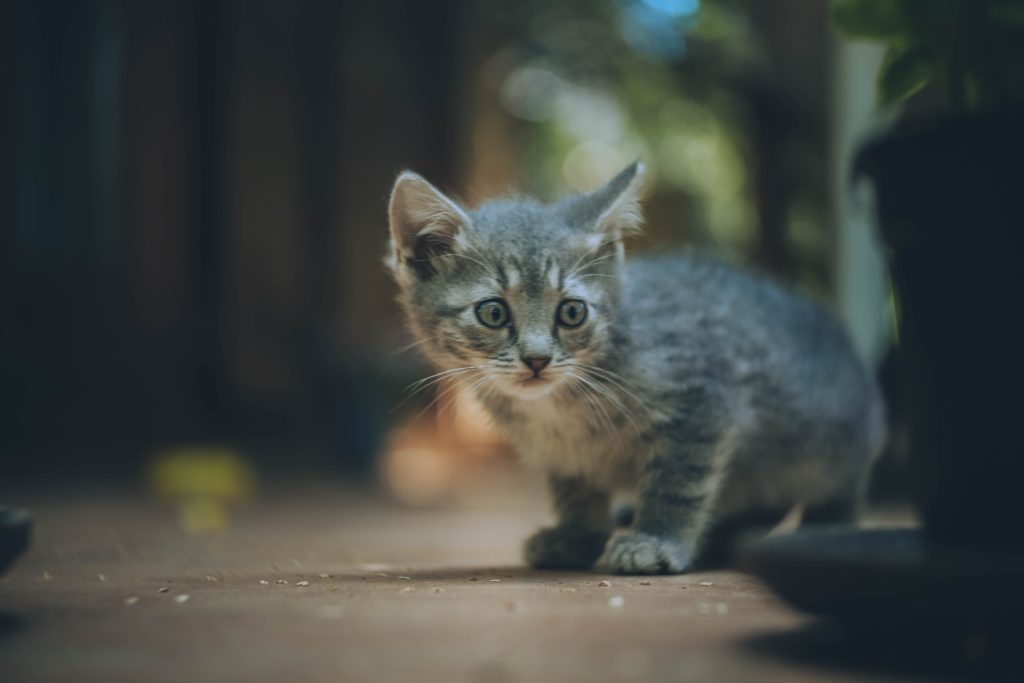 How Long Should You Wait Between Cat Litters?

While your female cat may be biologically able to have this many litters in one go, it isn’t a good idea. The general recommendation is that cats should wait at least nineteen weeks before getting pregnant again. You don’t want to put any unnecessary strain on the cat and make them ill. Pregnancy may be much shorted in the feline world, but it is still draining and results in big hormonal and physical changes. Two per year is a safe number.

Related Post: Explained: How Many Kittens Can A Cat Have?(Usually 4-6)

How Many Times Can A Cat Get Pregnant In A Lifetime?

The answer here might surprise you. It is easy to assume that cats will become fertile as they mature, a bit like teenagers reaching puberty, and then lose the ability to breed in later life. However, cats can become fertile as early as 4 months old, when they are still very young. They also don’t go through the menopause as we do, so will remain able to conceive and bear kittens all through their life.

So, if the average lifespan of a domestic cat is 14 years, and we already said that you could irresponsibly get 5 litters a year, that totals 70 pregnancies in one lifetime. That is extreme for one animal, which is why we need to focus on the safety of breeding cats and impose those limits between pregnancies.

How Many Litters Can A Cat Have Safely?

It is important to be aware of how many times a cat can get pregnant in a lifetime without it becoming a risk. Just because they can get pregnant throughout their life, that doesn’t mean that they should. The general recommendation is that cats should wait at least nineteen weeks before getting pregnant again. So it is best to let your cat get pregnant only 1-2 times a year to maintain their health. The health and safety of your cat have to be your priority here, rather than trying to get lots of cute kittens to sell for profit. Besides, an unhealthy, over-bred cat might not be able to produce the same healthy litters as a happy individual that breeds once a year. Once a cat deals with health problems during pregnancy or struggles with delivery, it is no longer safe for them to have another litter.

If we allowed for one per year, rather than that extreme maximum of 70 in a lifetime, this is still 14 litters of cats if they remain healthy and strong until their final years. Still, it is probably best to retire a cat from breeding much earlier, especially if they are dealing with any complications from old age.

How Many Litters Are Too Many For A Cat?

Ultimately, this is something that you need to decide for yourself. From this health and safety perspective, we could say that 3 per year is too many to allow for adequate recuperation from the previous litter. We could also argue that if we stuck to this rule of 12 months between pregnancies, rather than the minimum of 19weeks, there could be 10 litter before the cat becomes too old. But, it is all going to depend on your cat and the reason for trying for these litters.

In short, whether you are a breeder trying to get the optimal number of litters out of one female, or a cat owner happy to leave your put unspayed, you need to know your limits. Don’t allow for multiple pregnancies per year if your cat isn’t able to handle them. Don’t turn her into a breeding machine and forget that she is also a pet. There is nothing wrong with letting her become a mother multiple times in her life, but it doesn’t have to be a constant cycle.